The Consequences Of Misclassifying An Employee

When it is determined that a business has misclassified an employee, several taxing authorities may end up being involved. This will most likely result in some stiff penalties and the payment of taxes for the periods when the employee was improperly classified. In this blog, we will go over the taxing authorities you will most likely encounter and the penalties and taxes you may be facing. But first, let’s quickly discuss what misclassifying an employee means.

WHAT DOES IT MEAN TO MISCLASSIFY AN EMPLOYEE

As defined by the National Conference of State Legislatures (NCSL), employee misclassification is the practice of labeling workers as independent contractors, rather than employees.

Now, there are several factors that you must take into consideration when determining who is an employee and who is an independent contractor, especially in certain lines of work. Without going into great detail about how to determine if someone is an employee or not, there are three main factors to consider.

WHO YOU ARE LIKELY TO HEAR FROM

In the State of California, the first agency you are likely to hear from will be the Employment Development Department (EDD). The EDD is concerned with the employment-related payroll taxes. For more information on payroll taxes see Payroll Taxes and The Employer/Employee Responsibility. The EDD will not only look into the nonpayment of state payroll taxes, which consist of disability insurance and unemployment insurance but, they will also look at PIT (personal income that should have been withheld and paid over). 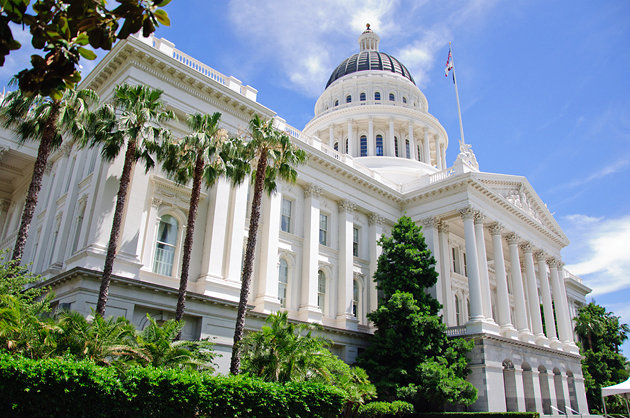 You may also find yourself speaking with the Division of Labor Standards Enforcement (DLSE). The DLSE will be looking into whether proper wages were being paid and the amount of hours and overtime being worked by the employee did not violate California Labor Laws.

The third agency you will most likely hear from will be the Division of Worker’s Compensation (DWC), which is concerned with the worker’s compensation insurance and worker’s injuries.

Of course, at the federal level you will be dealing with the IRS. However, the IRS generally does not go searching for whether workers are being properly classified as employees or independent contractors. They will typically get involved after a worker who believes they have been misclassified files form SS-8, Determination of Worker Status for Purposes of Federal Employment Taxes and Income Tax Withholding.

FINES, PENALTIES AND PAST DUE TAXES YOU MAY FACE

The fines and penalties you may face when it has been determined that a worker was misclassfied can be substantial, mainly because each taxing authority will assess their own fines and penalties. Let’s first take a look at what you can expect at the federal level. 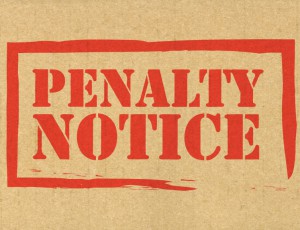 The statute of limitations or time frame that the IRS has for assessing these penalties is generally three years from the time the employment tax returns associated with the period of misclassification were filed.

As for the State of California, there are several fines and penalties involved to deter employers from misclassifying their employees. The state requires that the employer pay the unpaid state income tax, unemployment insurance, and disability insurance that would have otherwise been withheld during the period of misclassification. However, if the employer can prove that the employee during the period of misclassification did in fact pay the income taxes and the income was properly reported, they may be able to avoid the state income tax payment.

It’s important to note that failing to properly withhold state income tax from an employee’s paycheck is a misdemeanor and the employer can be assessed a fine of up to $1,000 and/or sentenced to serve up to one year in prison.

The employer may also be assessed a 10% penalty and interest on the unpaid unemployment and disability insurance that was also required to be withheld by the employer during the period of misclassification.

RECOURSE FOR THE MISCLASSIFIED EMPLOYEE

In addition to all of the penalties and taxes that can be assessed by the IRS and different state taxing authorities, the employee that was misclassified can also take action against their employer. A misclassified employee can seek up to three years of unpaid wages (overtime, meal, and rest break violations) and unreimbursed business expenses, as well as penalties.

Part of those penalties will come from the record keeping requirements of the employer. The employer may receive penalties to be paid in the amounts of $50 or $100 per employee pay period plus up to 25% of wages not paid to the employee per pay period if it is found that improper records were kept.

The misclassification of an employee is something you will want to avoid at all cost. Though it may be tempting to try and label someone as an independent contractor to avoid paying the payroll taxes, the amount of money you will end up paying once caught can cripple your business. If you do find yourself in a position where it has been found that you misclassified employees as independent contractors, you may be able to avoid the assessment of penalties if you have substantial reason why you classified your employees as independent contractors. Seeking legal representation is highly recommended when dealing with this type of situation given the complex nature of these cases. However, if you are going to go at it alone, make sure to understand your rights and what is at stake.